A belated update on a couple recent projects:

The Cincinnati Fringe Festival begins this week, and with it performances of the Tangled Leaves Theatre Collective’s new play, Vortex of the Great unknown.  The full poster (designed by yours truly): 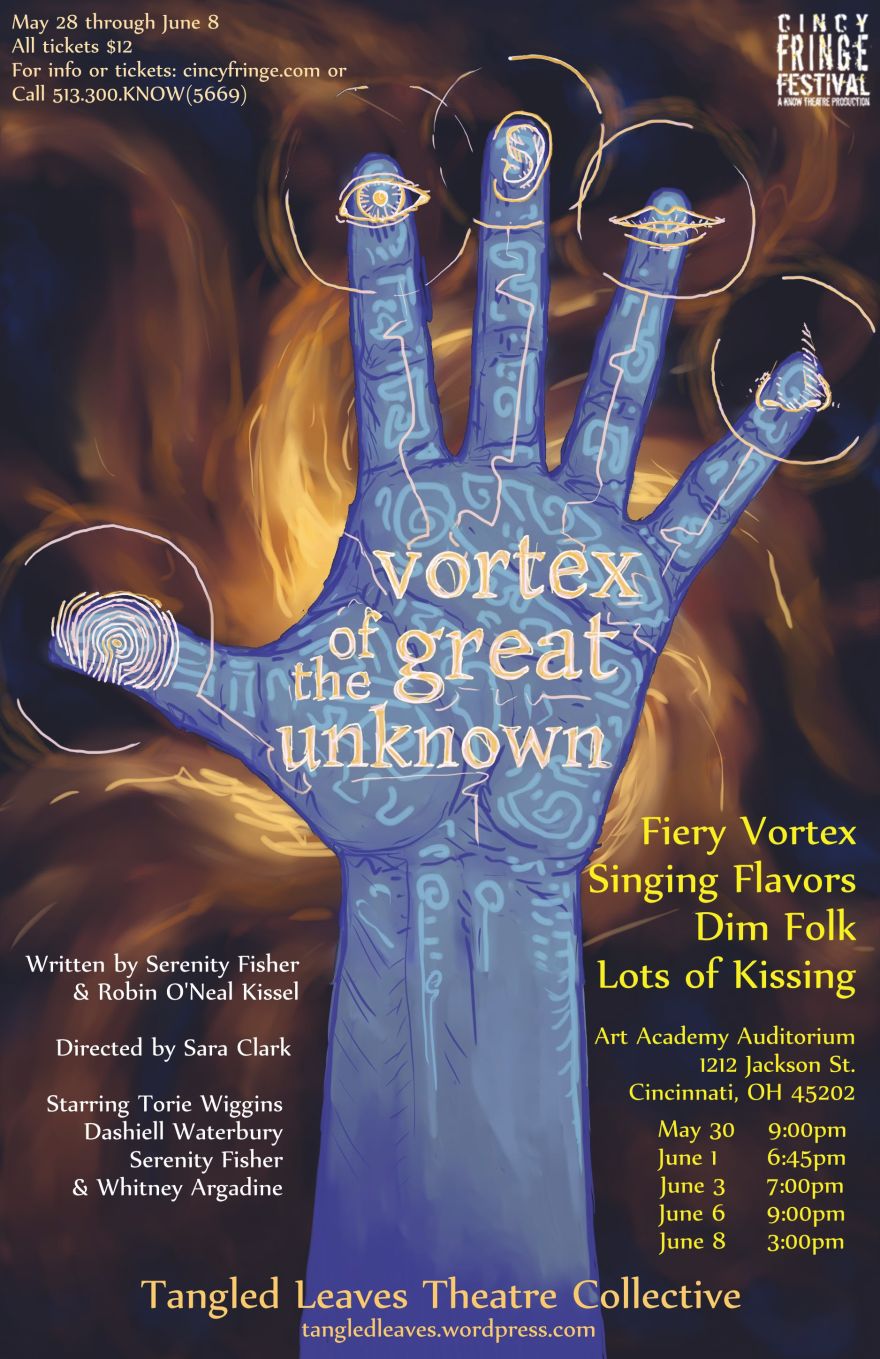 Additionally, I was recently commissioned to design a log for Steampug Studios (no relation), an upcoming indie game designer.  The concept was originally envisioned as a straight adaptation of the original steampug image, but it evolved quite a bit through the creative process, for the better, I think.

I was recently enlisted by the musician/playwright/all-around-creative-whirlwinds of the Tangled Leaves Theatre Collective to create promotional art for their new play Vortex of the Great Unknown, which will be performed as part of this year’s Cincinnati Fringe Festival. The finished image was needed within a couple days, so the ensuing creative process played out in high speed.  What follows is the very rapid gestation of the image.

To begin with, synaesthesia and sensory experience in general are central themes of the play, and the story involves a mysterious solar storm (the titular vortex). Based on these elements, I came up with rough drafts for two designs. The first focused on the vortex, and references the romance plot that emerges over the course of the play: 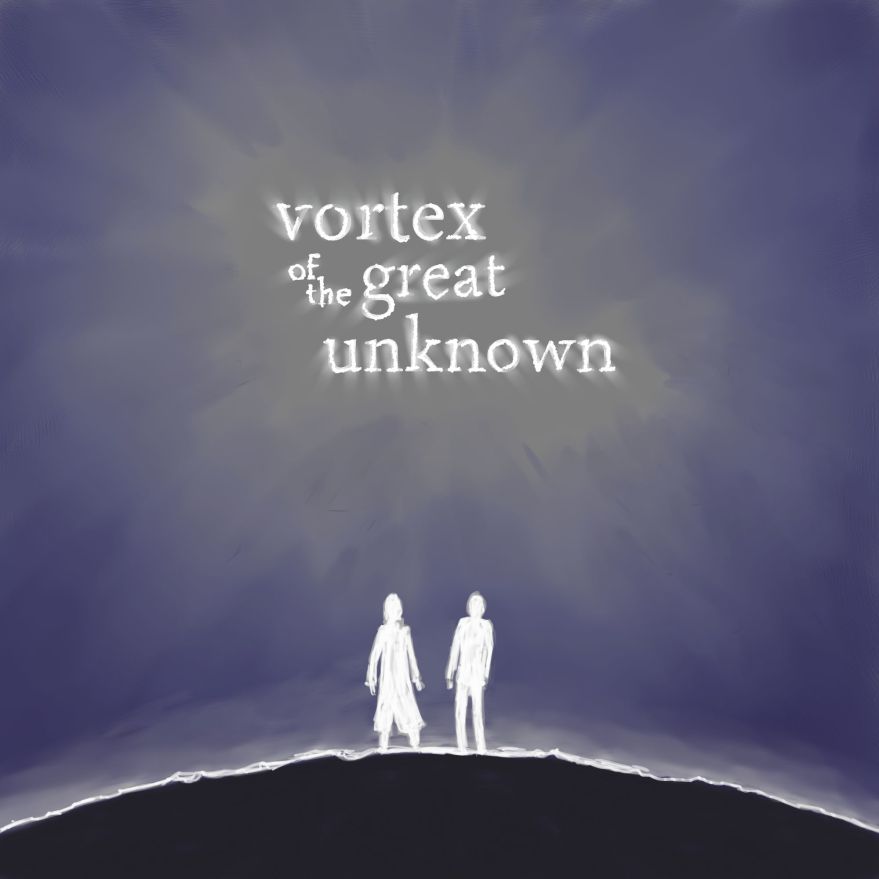 …while the second, building on the synaesthesia element, centered on sensory imagery: 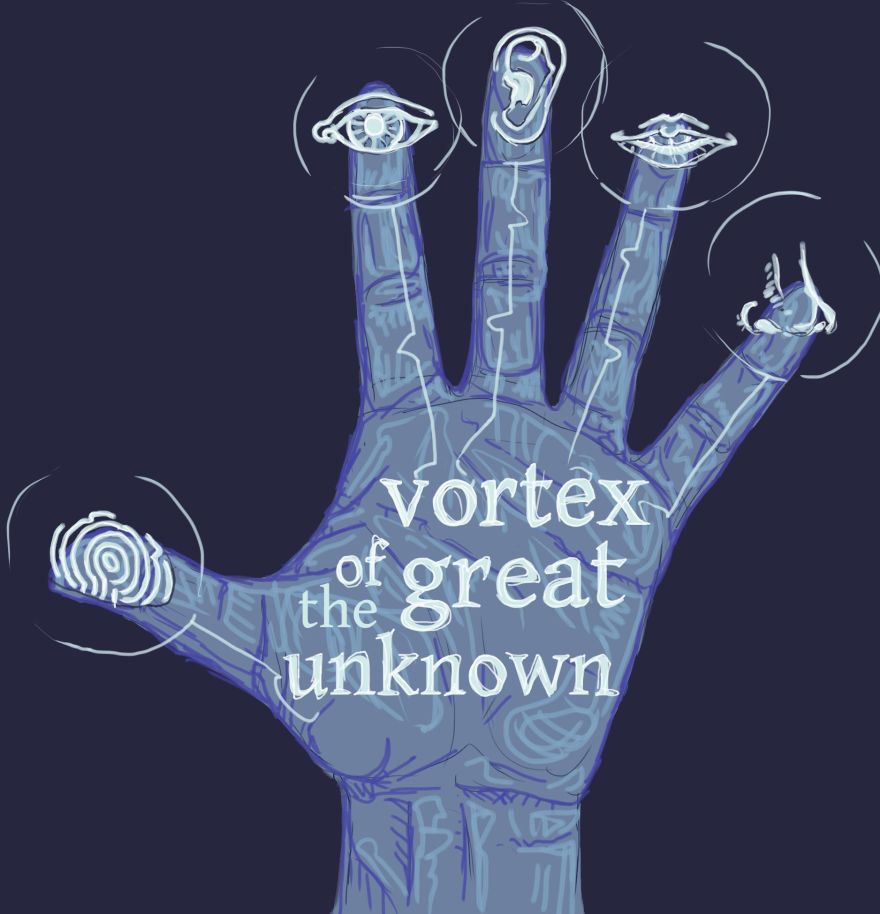 This second image was my personal favorite (the first turned out more “touched-by-an-angel-y” than I would have liked), and the writers agreed, and so I got to work on a more polished version. I redid the surface of the hand, intensifying the colors and reworking the patterning to include more spiral imagery in reference to the vortex. I also redrew the “sensory glyphs”, and brought warmer tones to both them and the text: 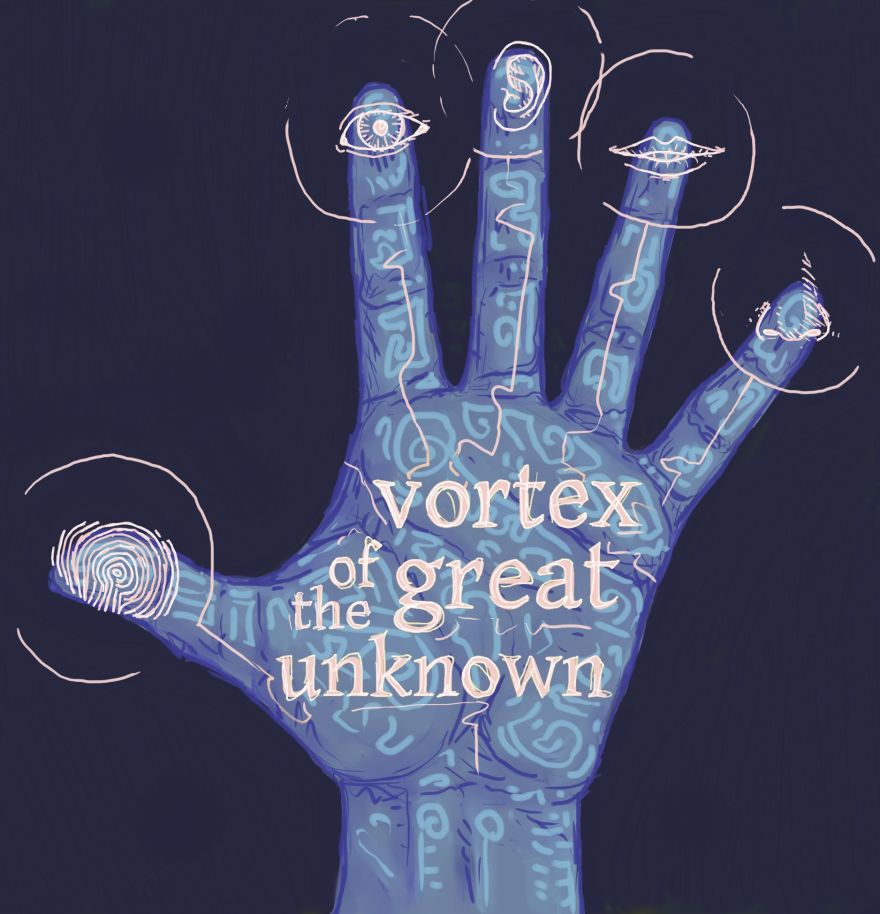 The playwrights requested a broader range of warm colors and imagery evoking solar flares and other astronomical phenomena.  Once again, I did up a pair of different designs, taking the suggested changes in a couple directions, the first quieter: 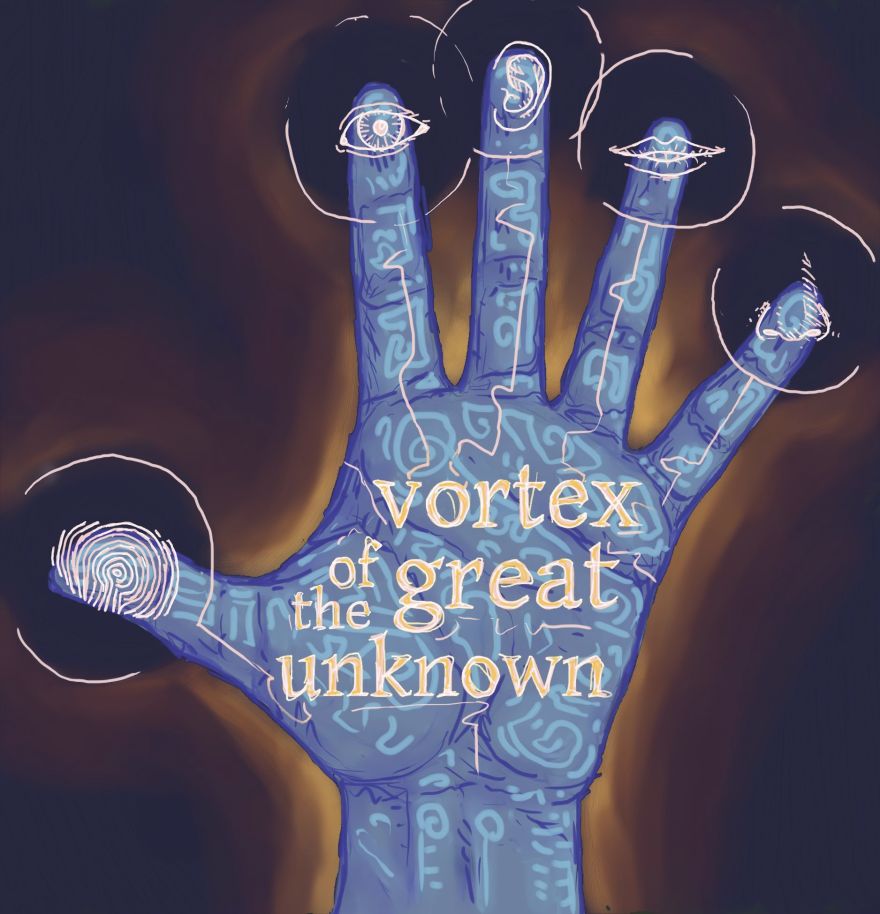 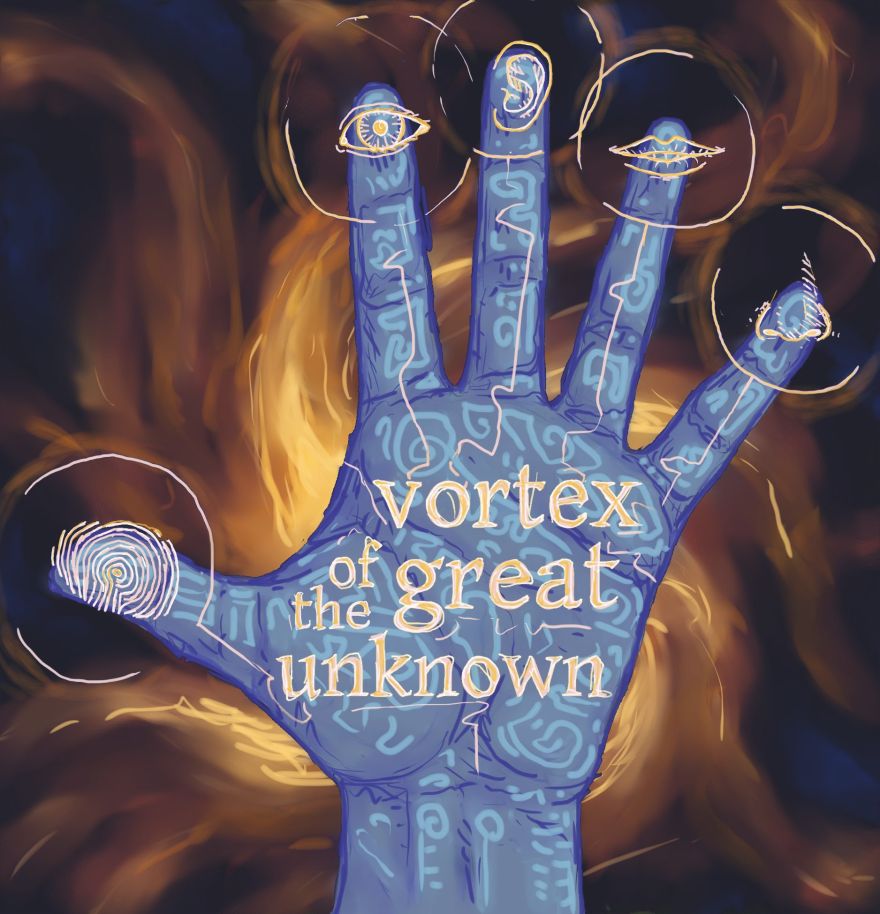 Ultimately, this final image was the winner.  As a bonus to you, good reader, the preceding images can be printed out to create one of the world’s stranger flipbooks.

Vortex of the Great Unknown by the Tangled Leaves Theatre Collective will be performed this June (dates TBA).  It’s a marvelous play, and I heartily recommend checking it out.